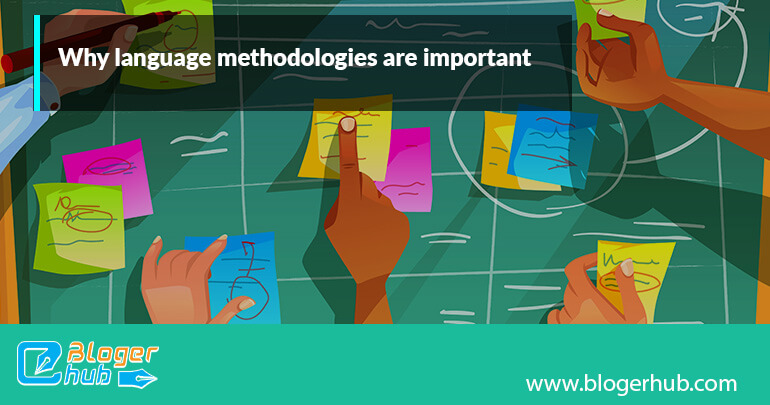 Language teaching methods are necessary to learn and teach any language methodology. These are basic materials and proper techniques that are used by instructors to facilitate foreign-language (FL) learning.

Communicating in a foreign language has been significant to a great extent, for example, communicating with foreign trade partners, for promoting religion, for academic purpose and so on.

English is the world’s most widely studied foreign language currently. According to Ashe and James (1982), Methods are the combination of techniques that are used and plasticized by the teachers in the classrooms in order to teach their students and approaches are the philosophies of teachers about language teaching that can be applied in the classrooms by using different techniques of language teaching.

Now I am going to present all the methods which are of great importance everywhere to learn or teach any language.

The method called the Grammar Translation Method is mostly about memorizing and drilling exercises. When students want to use it in daily conversation, it is found that they are not able to speak fluently in the target language methodology.

So learning becomes purposeless to a great extent. In the mid and late nineteenth century, opposition to the Grammar-Translation Method gradually developed in several European countries. In 1977 a method was introduced which was believed to conform to the principles of naturalistic language learning called The Natural Method.

The learning principles of Natural Methods are the foundation of the Direct Method. By the mid-1950s, American approach to ESL produced a method with an emergence called Audiolingualism also known as the “Army method”. This method focuses on oral and listening skills.

Another method named Total Physical Response (TPR) to teach language through physical activity. Caleb Gattegno introduced another method named – The Silent Way. In this method, the teacher should be silent as much as possible in class

To operate grammar effectively in the real world and learn it properly, communicative and creative activities are essential. In1986 Freeman emphasizes grammar and vocabulary that the students learn from the functions, situational context, and the roles of the interlocutors in CLIT, to support those functions.

So let’s get to know briefly with elaboration and also the role of the instructors to teach a language in any particular method.

In the nineteenth century the classical method came to be known as the grammar-translation method which is now widely practiced in so many institutions.

Mother tongue is mostly used, with little active use of the target language. Significant number of vocabulary is taught in the form of lists of isolated words. Elaborate explanations of the intricacies of grammar are given. Instruction often focuses on the form and inflection of words while grammar provides the rules for putting words together.

Little attention is paid to the context of texts, which are treated as exercises in grammatical analysis. The only drills are exercises in translating disconnected sentences from the target language into the mother tongue. This method simply doesn’t improve the communicative ability.

According to Penny, the teacher’s role in GTM is to explain grammar rules and the word meanings in their native language, organize practice (for example, the recitation of rules and translation), and to correct their mistakes.

Learner’s role is to be attentive to the teacher’s explanations and corrections, memorize vocabularies and grammatical rules, and practice the tasks that teacher sets. Fuentealba found that the learners are the discoverer. They follow teacher’s instructions.

According to Richards and Rodgers, Classroom instruction was mostly conducted in target language. Only everyday vocabulary and sentences were taught. Oral communication skills were built up in carefully graded progression organized around question-answer exchanges between teachers and students in small, intensive classes.

Major principles to learn this method are:

Firstly, it is a mechanical process to learn a foreign language. Memorizing and repeating dialogues or other drill patterns decrease the risk to make any mistakes and increase the chance to give a correct answer which is important.

Secondly, it is possible to learn and teach FL more effectively by presenting it in spoken form to the students before the written form. Thirdly, it is important to teach and learn the word meanings and phrases of the target language in a linguistic and cultural context.

According to linguists Richards and Rodgers, the method is a teacher dominated method where the teacher plays an active role, controls and selects where should be taught, monitors them and corrects their performance. Correct production is always appreciated and incorrect production is instantly corrected in this method.

So the teacher always needs to be active in listening to the students carefully, organizing practice and to correct them immediately; and the role of the learner is to listen to the teacher carefully, actively participate and imitate mostly during oral practices.

The teacher sits with students making a circle with a tape recorder with them. Students start thinking in their mind what they want to say in the target language and the teacher remains outside of the circle at that time.

Students can brainstorm ideas of them by writing on the board before recording it. After choosing the subject they tell it their teacher’s ear whispering into L1 and then the teacher explains it into the target language telling loudly among all of the students.

Next they discuss about how the conversation went. They can discuss their feeling about talking to a microphone and if they felt comfortable to talk with the microphone or not. After that they listen to the tape and transcribe their conversation. Students can analyze the language in the same lesson or also in the next lesson.

This includes checking tenses and vocabulary; and why particular ones were chosen, it will depend on the language delivered by the students.

The counselor can be more direct if it’s needed and also can explain certain linguistic rules or items. It can take more sessions if the first stage is very confusing and intense to the learners but there will always be the support of the counselor’s.

Eventually the learners become able to tell words and phrases directly into the foreign language without translation. This is the first step where the learners are completely not depending on their counselor. As the learners get more familiar with the target language, they start communicating more in that language directly and less helps is needed for translation.

The use “silent” is much appropriate here as in this method the teacher remains as silent as possible in the classroom in order to encourage the learners to deliver as much language as they can.

The teacher-a simulator but not a hand holder- was silent much of the time, thus the name of the method. Teachers have to resist spelling everything out in black and white to help the students at their downfall; they need to “get out of the way” while students are solving the problems.

Over the years, the importance of the physical activity to teach language has been recognized by the teachers. So the idea of teaching a language methodology through physical activities was nothing new.

Students do a lot of listening and acting in TPR classroom. The teacher remains more enthusiastic in directing a performance. TPR has also its limitations like the other methods. It is effective in the beginning of language proficiency but it gradually lost the distinctiveness when the learners get advanced in their competence.

After the learners overcame the fear of speaking out, classroom conversations and other activities occurs like the other communicative language methodology classroom.

So all these teaching methods are extremely important if you want to teach or learn a foreign language because with the help of these methods any language methodology can be learned more effectively and steadily.

« The importance of learning foreign language | Role of education »

Language teaching methods are necessary to learn and teach any language methodology. These are basic materials and proper techniques that... 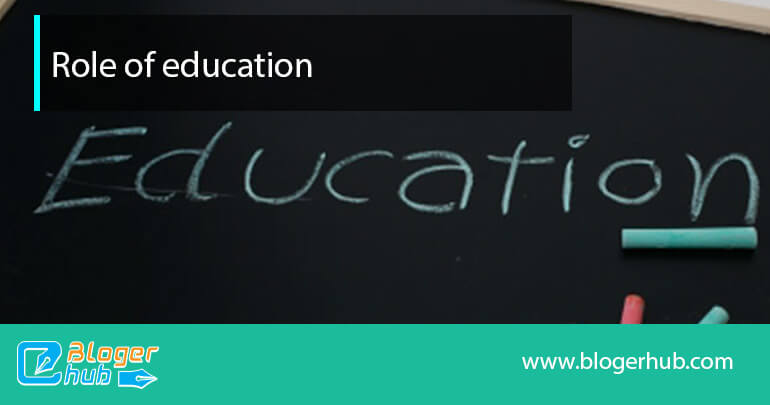 Role of education in our society is very vital and significant for the development of the social and economic state.... 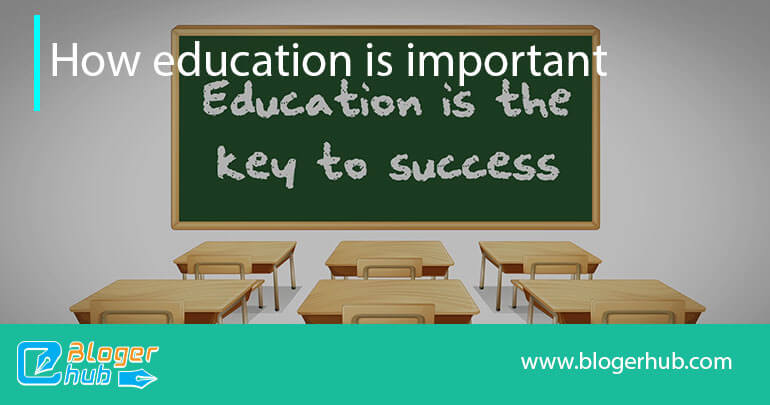 How important is education

Education does not only mean to read and write. It means to make it use properly in every aspect of... 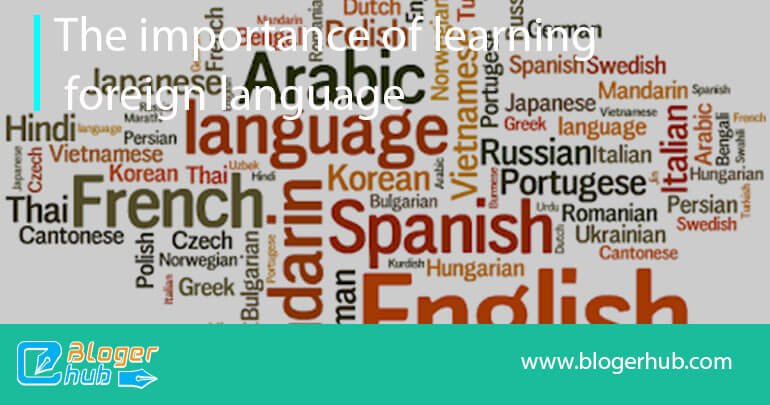 The importance of learning foreign...

Foreign language has a great impact in our daily life as it helps us to express ourselves. Language is the...